Relationshipism – The Theory for Our Connected World

Relationshipism is here, and it’s helping the world evolve through the power of trust, connection, and human nature. Organizations and individuals can harness the ideals of Relationshipism to improve connections, satisfy purpose, and drive value.

Relationshipism is the theory of being relationship-centered in all aspects of life and especially in organizations. It promotes trusted teams, a mindful focus on authentic relationships, increased personal power and fearless creativity. Relationshipism, being built on principles of cognitive science and social intelligence, provides infinite value as it expands the focus of society from shareholder value to the satisfaction of personal purpose, organizational purpose, and societal impact.

Where did Relationshipism come from?

At the turn of the 20th century, many production-centered theories emerged to meet the demands of a world driven by industrial booms. These theories helped spur human ambition and innovation, but compounded issues such as pollution, inequality, and employee dissatisfaction. Relationshipism evolves from globalized management systems like Taylorism and Fordism to meet a world that is focused on sustainability and enriching the human experience.

Fordism was pioneered by Henry Ford and the Ford Motor Company in the early 20th century. It focused on generating a system of mass production of standardized goods through the establishment of assembly lines. Moreover, Fordism equated employee time with money and required workers to succumb to management prerogatives in exchange for rising wages. The system of mass production likewise required mass consumption, paid for by the wages of the very workers creating these goods. Ultimately, this created a virtuous cycle of making more and consuming more, all while thriving on the practice of Taylorism.

Taylorism, named after the US industrial engineer Frederick Winslow Taylor, sought to maximize output and profit by gaining maximum efficiency from both machines and workers. Using the concepts of workflow analysis and efficiency metrics, assembly-line production quickly flourished under this philosophy. However, this increased efficiency came at the expense of employee fulfillment and happiness by treating workers like “mindless, emotionless, and easily replicable factors of production.”

Particularly in the United States, this combination of Fordism and Taylorism led to a post-war capitalist economy that thrived on the mass production and mass consumption of goods. However, in the 1970s, a fiscal crisis emerged which pointed to the fundamental flaw of these theories: maximizing the bottom-line of profit while ignoring the well-being of the people who drive revenue.

The epidemic of employee dissatisfaction further necessitates the need for a new, post-Fordist philosophy. This led to the emergence of Relationshipism and a new bottom line by which organizational success is measured. 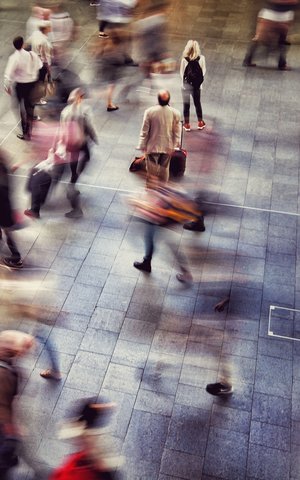 Organizations are not machines composed of mindless cogs being powered by an external source. Organizations are living organisms composed of people being powered by their relationships. Humans are social creatures and thrive when their individual needs are being met by people who care for them. A satisfied employee will take care of customers, who will, in turn, take care of shareholders. Thus, by reversing the corporate value flow, profit is achieved while also caring for the ones who make it all happen – people. 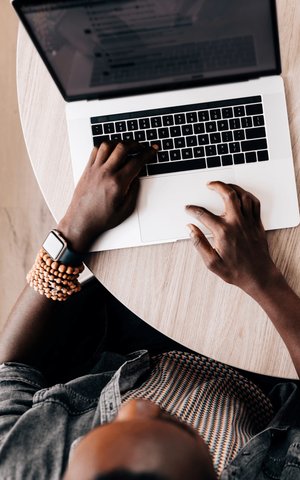 Relationshipism expands the focus of society from shareholder value to satisfying organizational and personal purpose. Individuals find fulfillment when they spend time working towards their own purpose. When teams, comprised of individuals, support everyone’s purpose, they drive value, creativity, and innovation. And when organizations find purpose in maximizing human potential, success is the natural result. The exponential increase in our human population and production (in pursuit of eternal economic growth) caused an unsustainable exploitation of our planet’s resources. In this way, human activity shaped the future of our world and the current outlook is dire. By taking responsibility for the place we all call home, organizations can reverse the trend in the single-most influential way possible. When organizations all come together with a shared purpose to protect our planet, they become the leaders who will guide our world into a truly sustainable future.

Relationshipism- The Theory for Our Connected World

Humankind was intended to rely upon one another for support and guidance; however, the ability to know how to establish authentic connections has been lost…until now. Relationshipism returns connection to humanity by bringing awareness to what really matters in life and business: relationships.
Read More

True leaders are adaptable and have a pulse on the environment in which they operate in order to evolve. As the global human population grows exponentially, the need for evolutionary leaders is more critical than ever. Additionally, understanding how to lead people with authenticity is paramount if we aim to foster a more equitable world where everyone has a voice.
Read More

As relationship navigators, BRMs succeed through connecting with others. If you want to improve efficiency and productivity in your next interaction, ask questions about how the other person is feeling and apply active listening techniques. You may surprise yourself by the transformative results you can achieve from these simple behavior changes.
Read More

Did You Miss the World BRMConnect 2019 Gathering?

It’s certainly possible that no three days were more jam-packed with knowledge offerings, mentorship opportunities, and new connections than BRMConnect 2019 in NOLA. The huge success of our latest conference is largely due to the engagement and involvement from our single global BRM community! Take a look at our BRMConnect 2019 highlights and what's next!
Read More

Making the Future Friendly, One Relationship at a Time

Marshall Berkin gave the keynote presentation at BRMConnect 2019 to demonstrate how TELUS successfully drove strategic value to their external partners. They integrated BRM within just 12 months and currently employ 93 BRMs, half of which are currently BRMP certified. Their team drove $14.6 million in incremental gross margin and a 23 percentage point increase customer satisfaction.
Read More

Relationships: The Soul of BRM

During the opening keynote of BRMConnect 2019 in New Orleans, Danielle Dizes filled in for Danielle Hellebrand, who was unable to present, to deliver a powerful, research-backed presentation that got to the very heart of BRM – Relationships.
Read More

Forget Artificial Intelligence: The Future of the Workplace is Relationshipism

Today, at our three-day World BRMConnect conference, BRM Institute will introduce Relationshipism as a term and as a theory to the single, global community. Through the practice of Relationshipism, which emphasizes building trust among teams through authentic relationships, people feel empowered to satisfy their own purpose and to work towards a common goal.
Read More

The Most Highly Awaited BRM Event of the Year is Upon Us!

Business Relationship Managers from around the globe are coming together to network, share, learn, and grow as we work collectively to advance and increase BRM success. With BRM leaders from organizations such as PepsiCo, TELUS, Progressive, and more, attendees will gain critical insights on how to advance their BRM capabilities and so much more!
Read More

With the rise of relationshipism and organizations that embrace BRM, our careers are allowing us to bring more personal purpose into the workplace. This convergence of personal and organization purpose leads to happier individuals, stronger relationships and durable communities. Learn how to satisfy purpose at BRMConnect 2019!
Read More

BRMConnect offers a fun, three-day networking and learning event for BRMs to take their capability and role to the next level. Since we don’t want anyone to miss out on the valuable insights and coaching offered by our Keynote session, we’re inviting a global audience to join us via livestreaming!
Read More

According to a study conducted by the Society for Human Resource Management, 94% of future generations want to use their skills to benefit a cause. This overwhelming demand for greater purpose in the workplace cannot be ignored.
Read More

BRM - the 'R' is for Relationship! Make friends at BRMConnect with colleagues, peers, mentors, and coaches from various industries and experience levels! Connect with other BRMs and partner with each other as we work to better ourselves as friends!
Read More

If you’re looking for the next step in advancing your BRM role or capability, then look to BRMConnect! Attend the conference to discover the true meaning of your business value and learn how to demonstrate this powerful capability and philosophy to your leadership!
Read More

Shared Purpose is more than just a Tiebreaker

Humankind was intended to rely upon one another for support and guidance. Today, the economy is still predicated on the ideals of consumerism, which sacrifices well-being in pursuit of maximizing profit. Global increases in stress, anxiety, and disconnection in the modern age drove people to recognize the need to return to our mutual reliance. Consequently, the world experienced massive evolutions in the areas of improved trust, deeper connection, and authentic relationships. And it’s showing no sign of stopping. In direct contrast with Fordism and Taylorism, Relationshipism drives positive movements by recognizing human potential and empowering the individual within organizations. Through Relationshipism, we find happiness and connection by returning to a celebration of the very things that connects us all – our human nature.

Relationshipism is planet-oriented, recognizing that the life on our planet must be preserved into the future. What’s more, it thrives on supporting relationships characterized by one thing, living and breathing humans. However, it would be folly to ignore the simultaneous revolution happening before our very eyes: the inevitability of robots and smart machines. The European Economic Social Committee boldly states, “The proliferation of robotic automation is inevitable.”

Thus, Industry 5.0 defines the era we are now entering, where humans will work alongside robots and smart machines to build a better world. Scary concepts of dystopian robotic revolutions have been prophesized since the 19th century, but Industry 5.0 makes one thing clear; Industry 5.0 is about humans, not robots. Approached properly, robotics will be safely used to improve the lives of people and ultimately drive more productive solutions to solve the world’s myriad problems. Since Industry 5.0 is driven by humans, Relationshipism provides the blueprint to guide us toward a better future. Ultimately, by relying on the elements of love, trust, and connection Relationshipism will lead humanity into a kinder, more sustainable future.

Relationshipism is the theory of being relationship-centered in all aspects of life and especially in business. It promotes trusted teams, a mindful focus on authentic relationships, increased personal power and fearless creativity. Relationshipism, being built on principles of cognitive science and social intelligence, provides infinite value as it expands the focus of society from shareholder value to the satisfaction of personal purpose, organizational purpose, and societal impact.

Where did Relationshipism come from?

Relationshipism is the solution to problems created by industrial management systems like Taylorism and Fordism.

How does Business Relationship Management (BRM) and ultimately, Relationshipism, identify recognized value for an organization?

First and foremost, BRMs recognize that an organization is comprised of individual employees, also known as people. Gone are the days when people were treated as mere cogs in the machine of the organization. Today’s competitive organizations provide value, in part, by empowering their workforce.

Therefore, in order to recognize value across the organization, the individual must first recognize their own contributions as a BRM through their relationships.

For individual BRMS, how to communicate BRM Value to your Organization, and applying BRM through Relationshipism, read more here.

Humankind was intended to rely upon one another for support and guidance. Today, the economy is still predicated on the ideals of consumerism, which sacrifices well-being in pursuit of maximizing profit. Global increases in stress, anxiety, and disconnection in the modern age drove people to recognize the need to return to our mutual reliance. Consequently, the world experienced massive evolutions in the areas of improved trust, deeper connection, and authentic relationships. And it’s showing no sign of stopping. In direct contrast with Fordism and Taylorism, Relationshipism drives positive movements by recognizing human potential and empowering the individual within organizations. Through Relationshipism, we find happiness and connection by returning to a celebration of the very things that connects us all – our human nature.