An organization’s culture is influenced by its leadership. It starts with leaders who have a clear sense of values and live by those values.

If there is one thing the last couple of years has taught us, it’s how ill-equipped some organizations were in pivoting to survive a crisis. We saw so many companies, believed to be viable, get swallowed up and perish in the waves of change because of rigid business practices and finite thinking. It was a wake-up call for organizations to continuously evolve and innovate in a rapidly changing world.

Suddenly, organizations’ employees were leaving the conference rooms in favor of virtual calls and replacing cubicles with home offices. People had to adjust to a virtual work environment and that didn’t leave much room for impromptu coffee breaks or unplanned lunch get-togethers. It was as if organizational leaders didn’t see the hidden pulse of what made their employees thrive.

Where Did It Go So Wrong?

Company culture is so much more than a pat on the back or accolades of achievement. Thriving company culture runs through the veins of people’s deep connections and relationships beyond the company’s bottom line. In the past two years, there have been opportunities for leaders of organizations to expand their focus beyond profits and losses, and instead they encountered choking supply lines, the great resignation, and a growing recession. In the wake of hybrid business models, employees questioned if they would ever experience positive company culture again.

How Could That Be?

A lot of organizations embraced flexibility while leaders righted the ship. The problem was, they didn’t see the iceberg lying in wait to sink the vessel—the toxic-company-culture iceberg.

By the time an organization noticed the tip of the iceberg, it was too late. Leadership struggled to navigate around the massive hazard floating just below the surface, and when the vessel wrecked into it, the captain wasn’t ready for the ramifications.

Even now, metaphorically, as their ship takes on water, many organizational leaders are caught in survival mode, reactively tossing people unsuitable life vests and haphazardly deploying antiquated blow-up rafts. This action is nothing more than a too little, too late attempt at temporarily fixing a fundamental flaw or oversight in the organization’s business structure.

Quite frankly, when leaders are done trying to save the vessel, they may find it wasn’t about bailing water out of the sinking ship or trying to save people from drowning. Revolutionary leaders will understand it was about having a proactive resilience plan in place before people were even invited aboard the vessel.

Why Does It Happen?

An organization’s culture is influenced by its leadership. It starts with leaders who have a clear sense of values and live by those values. Culture isn’t about a big screen in every conference room, or the free breakfast bar for all employees, or even the bonuses given for high performance. 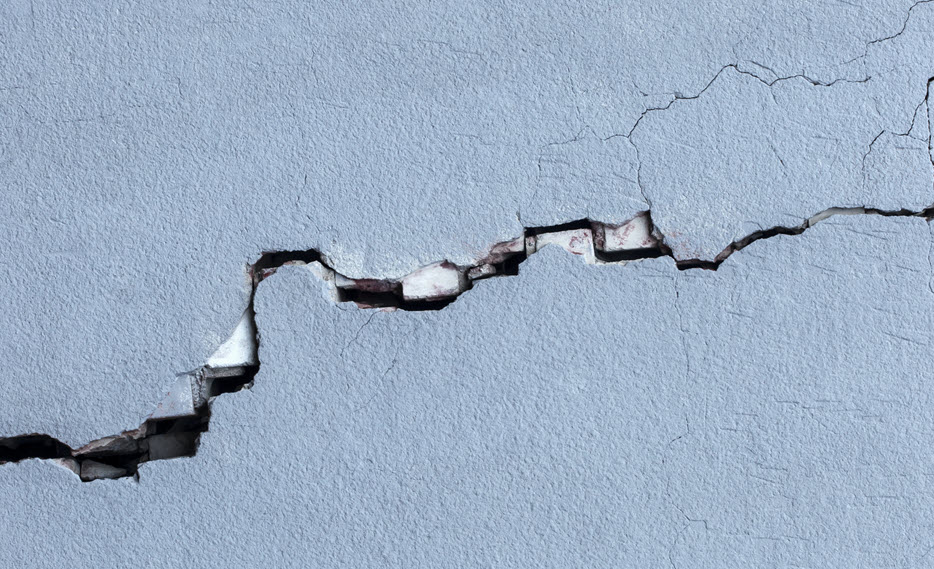 Those are just perks and handouts. Those tangible things aren’t what sustains culture. True organizational culture is about the quality of relationships between people, the values they share, and the behaviors that reflect those values.

Leaders can be influential agents of change because employees look to their leadership for guidance. Case in point, in a phenomenon called emotional contagion, the observed behavior of one individual leads to the reflexive production of the same behavior by others. People look to leaders to see how they should behave. If the boss is continually stressed out, upset, or frustrated, the employees may feed off of their energy and perpetuate that same energy. Emotional contagion is so telling that the behavior can be transmitted by facial expressions, voice, posture, movements, and other causative behaviors from one person to others.

With many organizations moving into virtual and hybrid workdays, and the only interaction between leadership and their employees coming through a computer screen, we can imagine the significance of the leadership’s actions and reactions with their employees. This brings us to another important factor of leadership that drives an organization’s culture: behavioral mimicry.

Behavioral mimicry is the automatic imitation of gestures, postures, mannerisms, and other motor movements in human interactions. We master it because we start doing it from birth and we never stop. It is so engrained in us that we don’t even know we are doing it.

If behavioral mimicry is ruled by our subconscious, as The Annual Review of Psychology suggests, then let’s dig a little deeper and think on this. How many of our actions and reactions mimic our leadership and co-workers? If one of Oscar Wilde’s famous quotes, “imitation is the sincerest form of flattery …,” holds any validity, and we now know that behavioral mimicry is governed by our subconscious, it would befit all of us to stay mindful of our actions and reactions the next time we have a meeting with others either virtually or in-person. Let’s be reminded that it isn’t always just the leadership people tend to mimic.

Which Brings into Question, How Should Organizations Handle a Culture Crisis?

Organizational leaders have an important role in creating a purpose-based narrative throughout the organization regarding the change, but the new behaviors start and spread within an influential network of great work relationships. That network will not resemble the organizational chart depicting reporting relationships because the characteristics of influence in a network have little to do with job level and organizational position. The network will include people who are highly influential, both in their ability to influence others and the numbers of people they have relationships with. Involving the “influencers” in the change narrative is helpful because starting with them spreads change through social imitation. The ability to change an organization’s culture starts with each person evaluating what they are contributing or not contributing to the culture. True self-examination is setting aside who’s right or wrong, or who’s-done-who-wrong, and looking within oneself to see where they could do better. Introspection isn’t easy, but when it’s done with honesty and without judgment, people may find their behavior and actions need to evolve and change.

There is a saying that one rotten apple can spoil the bunch. In organizations, if there are people who just don’t contribute to a healthy culture climate, they can become toxic to the entire organization. Some people just aren’t meant to work in certain environments. Those people will need to either re-evaluate how they are contributing to the culture, or they will need to leave the organization. Sometimes organizations and people don’t mix. And if that’s the case, moving on or letting go is for the greater good.

BUT, What If the “Rotten Apple” Is the CEO?

If the CEO is contributing to the toxic culture, you may need to evaluate where you can help change their behavior. Hey, look, nobody said it would be easy. But if you like the organization you work for, if you see the potential it has, you’ll do what it takes to help change the toxic culture to a healthy, thriving one without sacrificing your own mental and physical health.

According to the article, How to Handle a CEO Who’s Creating a Toxic Culture, by Phil Allison, there are three essential things an employee must grasp before going down the company culture pathway with the CEO.

Culture starts with the CEO

While you can change your actions, if you want a cultural shift to be felt company-wide, you’re going to have to work with the CEO, not around them. No great culture effort is going to happen without the buy-in, passion, and dedication of the CEO themselves.

All CEOs know that people are the key to success.

You need to be willing to change, too.

In order for you to play a role in shifting or influencing the CEO in relation to culture, you need be prepared to commit to changing your relationship with your CEO. If you’re not willing or able to that, ultimately you aren’t truly taking ownership of your personal role in creating the cultural shift your company needs.

We believe that the most forward-thinking CEOs recognize the key to a thriving culture as the relationships between people, because it is those relationships that allow the culture to evolve. Even though, in some cases, the CEO is all-in about changing the company culture, they simply don’t have the capacity to establish, execute, and maintain a healthy company culture. In order to establish a healthy culture, the CEO needs the support in building the confidence required to execute something they already believe in and which will, in turn, help them become the type of leader that drives cultural change. In this situation, your resolve is to be the enabler in the relationship.

By enabling the CEO, you may help them convey the behaviors they want to see in the organization. They figure out that it isn’t about what people are doing, it is about how people say and do things.

Coach the CEO on simple ways to be seen to be elevating the importance of culture in their everyday interactions. Start with culture in meetings, recognise culture in town halls, reference culture in board reports, celebrations, and company announcements.

What If the Leadership Doesn't Value Company Culture?

Regrettably, some leaders don’t see company culture as being that important. In this case, it’s imperative that you find out your leader’s intentions. If your leadership doesn’t find value in creating a thriving organizational culture, or if they don’t have the desire to influence healthy culture, you may need to urge them into creating a positive culture for the organization, as they will benefit from you nudging them to see what’s at stake if they choose not to encourage a favorable organizational culture. As the culture shift is taking place, that’s when you may find yourself challenging your leadership to see the value of evolving culture within the organization. When there’s the slightest shift in your organization’s culture, it creates a movement toward a positive environment, and within that space, more opportunities are born for the people in your organization to begin to satisfy their personal and the organization’s purpose.

What Does it Mean for Virtual Organizations?

Let’s not forget, an organization’s culture is rooted in values, behaviors, and relationships. Therefore, organizations that have an evolving and thriving culture are able to recognize the value in supporting and nurturing their people. When people are encouraged to build strong, meaningful relationships, the behavior will converge with the organization’s purpose. That’s why when people within an organization find ways to build trust, it creates bonds that will last beyond the workplace.

Every single person involved with the organization has the ability and the responsibility to foster and maintain meaningful relationships. Each and every person, when they come to work, brings with them who they are and what they feel is important. And even though a lot of people do well in an in-person environment, functioning in a conducive and cooperative manner in a virtual organization is not only manageable, but it can give employees the space they need to thrive.

People aren’t robots. We function from a behavioral and emotional headspace. Nevertheless, if we empower each other by actively listening and staying keenly aware of how we speak and treat each other, the toxic culture within any organization, virtual or in-person, has the potential to change. As that change is formed and takes on a life of its own, people associated with the organization will thrive beyond their titles and skills, all while building deep and meaningful relationships.

Become a member of BRM Institute and discover how to advance your BRM capabilities while satisfying your purpose and evolving your organization’s culture.

Check out Wharton Business School professor Sigal Barsade’s video about a culture of companionate love in the workplace. It is worth watching!